This feather skull clipart is the most popular in Atelier Kaori shop on Etsy.

Here is my feather skull clipart “Drifting Away”.  Based blue color, very cool and clean.

If you are not good at making, still you can enjoy this clipart. Here are feather’s design fabrics in Spoonflower! 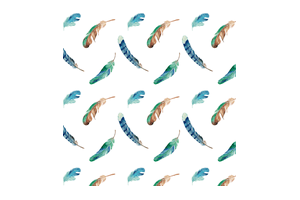 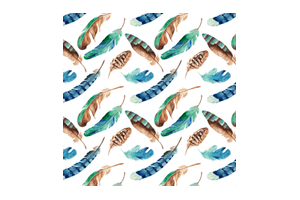 And there are some physical items at Roostery. 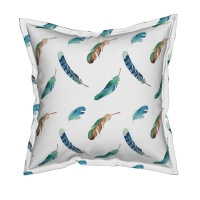 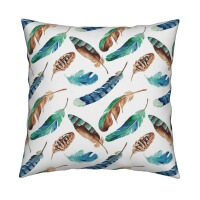 And at Society6 also. 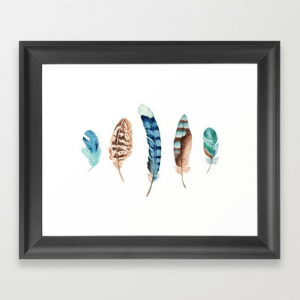 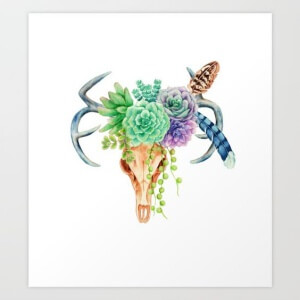 And I made PDF also, to decorate your room instantly and cheeper. Skull printable wall art including 2 designs.

Since I had seen the arts by Georgia O’Keeffe, I love skulls. I was a teenager, had never seen a real skull. So I fell in love with skulls instantly. I thought skulls look very cool and beautiful. But if I knew more about “death”, i might have different impression.

But skulls are very popular, mostly for tattoo. Why are we tempted by the death?

I painted a skull like O’Keeffe did. Because she is one of my favorite artist that I respect. This is a kind of something  called “homage”.

And another reason, I want her picture but I cannot pay. This might be an alternative cheap one, for me, for you. 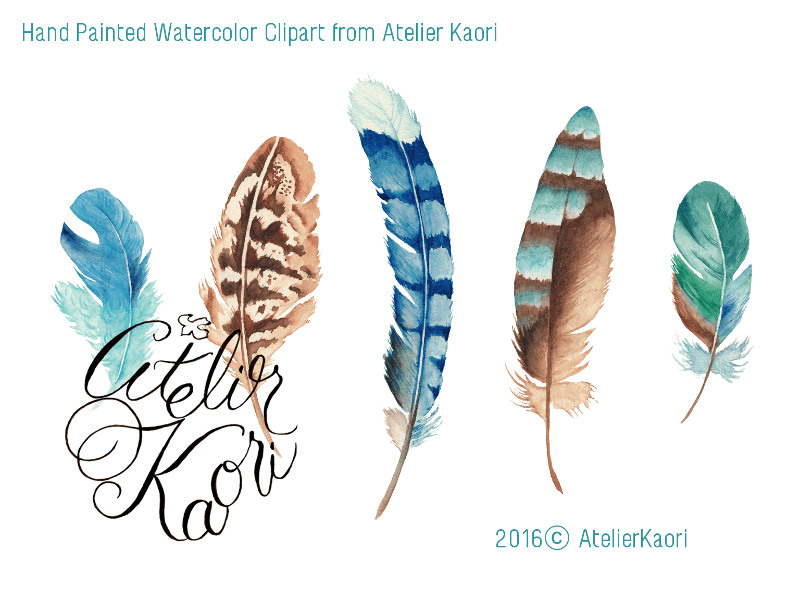 In this clipart set, I picked up blue feathers. I thought it may match a skull.

Maurice Maeterlinck tied the blue bird and happiness in his “L’Oiseau Bleu”. He got a Nobel Prize for Literature in 1911. And it got into a movie in the Hollywood many times.

Or, is this an ironical story for the belief we have, love that every family member have each other, is just an illusion. Happiness is in the cage and locked, never let you touch, in our heart warming home.

If you don’t like that idea, you can think it is a story of defiance to  independence and failure. The 2 kids went out to find different world, to seek their own life that their world never let them have. But finally they gave it up and compromised to deceive themselves that their world is right, they were wrong.

In this 21′ century, if Maeterlinck had an interview, a psychiatrist may say that his personality is suppressed very much. His tale is not accepted now, mostly in the country of positive thinking America.

That’s my silly imagination… Anyway, I painted it to let more happiness in my life! But my blue feathers are not Budgerigar’s.

O’Keeffe combined skull and many flowers. But I combined with succulents. Because succulent can survive hard natural environment that skulls O’Keeffe painted in.

About the Title “Drifting Away”

I named this clipart set “Drifting Away”. Because skulls, feathers, both don’t have a life anymore. But they still remain, stay longer than their original “life”. And they still impress us something. They drift and come to me, and then leave me. Seems live forever.. That image is very beautiful for me.

I have never had any bird ever.

My mother has 6 years older brother (my uncle). In their childhood, they had a little bird .

One morning, they found a fat snake sleeping inside of the cage, with their bird’s feathers. Snake entered to house from a small hole on the roof, found their bird and ate it.

Of course they were very shocked about loosing a bird, in such a way. And their mother (my grand mother) was also. My mother and uncle hated the snake, but my grand mother was not.

My grand mother was a little bit strange and very much nervous person. She thought “keeping a bird” caused such an unpleasant affair, and made her seen such a cruel view. So she got a phobia for “birds” since then. And she had never let them have a bird again.

This “not logical bird phobia” infected to her daughter (my mother) and me, not bone at that time even. So I have never wanted to have a bird.

SCAN THIS QR CODE WITH YOUR PHONE